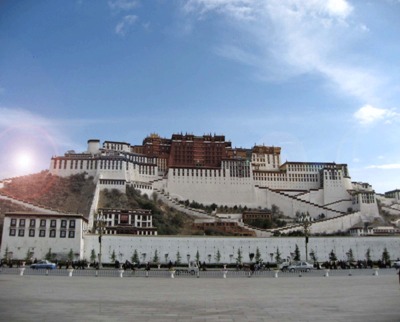 The Potala Palace is the China-Tibetan royal palace as well as the proper residence for the Dalai Lama and Ban Chan, who are considered the living Buddha in China-Tibetan Buddhism. The whole palace consists of 2 main parts: the White Palace and the Red Palace. The White Palace is the dwelling place for Dalai Lama, and in the Red Place houses the Tower Tombs of each previous Dalai Lama. Each tomb is “tower” shaped, covered in the outside by thousands of imbedded diamonds, jewels and precious stones. Potala Palace is the symbol of Lhasa and China-Tibet. Note: This photo won Second Place in the Global Tides photo contest.